Clean Water for a better future 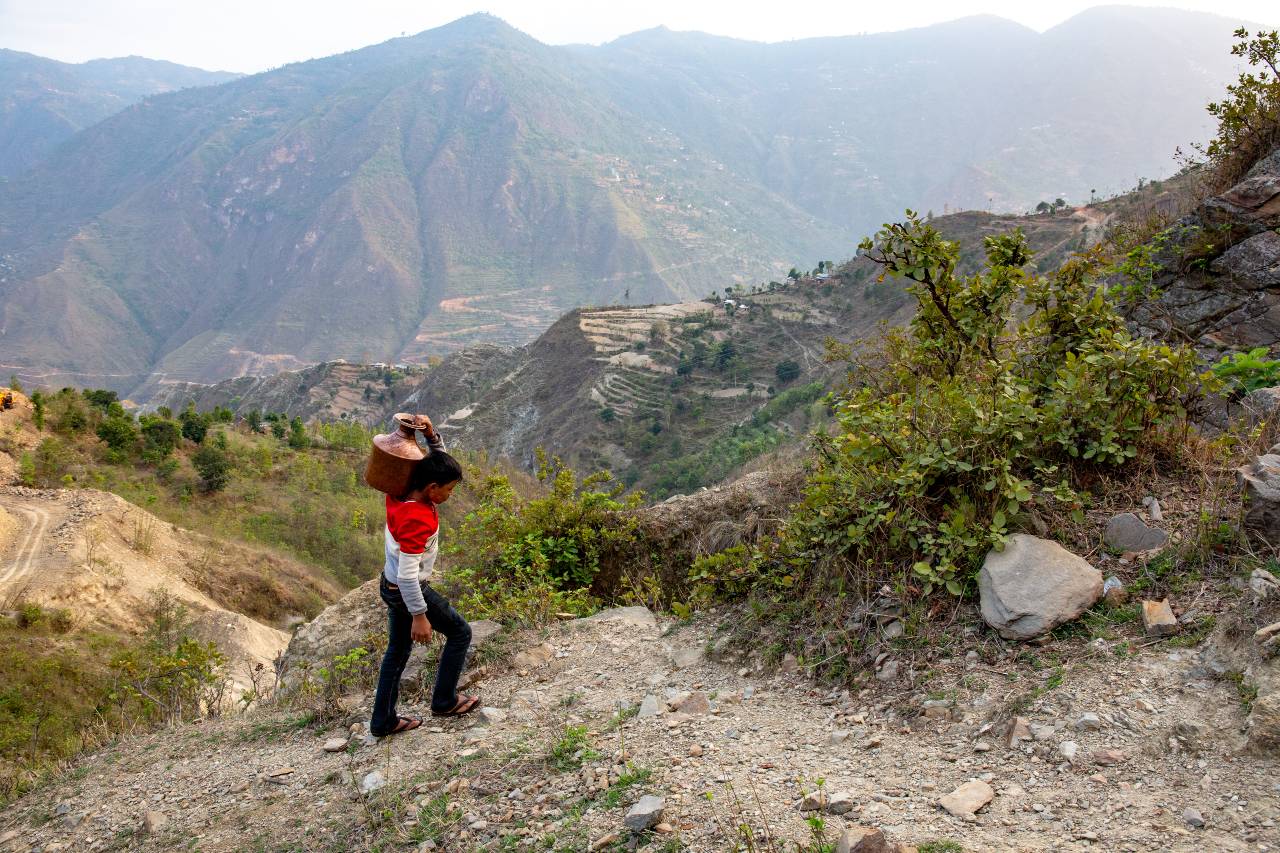 Bijay from Birtadeurali, Kavre started carrying water when he was 11 years old. The nearest water source, which was 10 minutes away, dried up after the devastating earthquake of 2015, which made their lives very difficult.
Bijay used to take the hour-long water journey twice a day, in the mornings at 6am before school and in the evenings at 4pm after school. If the source was crowded, he had to wait for about half an hour for his turn. He sometimes went to the source along with his friends, but most of the time he was alone. Bijay says, “The path he used to take was not easy, it was steep and dangerous. If you slip and fall, there was a very small chance that you would return fit and healthy. Going downhill was easy with an empty canister but climbing up was very difficult”.
According to Bijay, the source was usually very busy with a minimum of 20 people around to fetch water. They used this water for drinking purposes, WaterAid/ Mani Karmacharya WaterAid/ Mani Karmacharya 5 Stories of Change but if they must wash clothes and bathe, they all used to come to the source, since it was no possible to carry such a huge amount of water back home.
Bijay says, “The water was not protected but since it is a natural stream, the water looked clean and the taste was not bad either. We did suffer from stomach ache, fever and headache sometimes, but I am not sure if it was because of the water we drink.”
Bijay recalls that the most difficult part of the water journey was climbing uphill with a canister full of water. Bijay’s canister carried 15 liters of water and the canister itself was 5 kgs. Bijay regrest that he had to miss school very often because he had to go to collect water, and he was left with no other option but to miss school since there was no water to even cook food at home.
Bijay’s family used to own buffalos, cows, oxen and many goats, but they had to sell them because they could not provide enough water for them. Most of the villagers sold their cattle for the same reason.
Bijay says, he used to get really frustrated thinking about the time spent in collecting water. He was always tired and his productivity was lost. A year later, the intake construction was almost complete in Bijay’s area, and the main pipeline from the intake had started flowing water at one point in the village.
Bijay expressed his joy and said they save a lot of time, since they don’t have to go to collect water and can regularly attend school as well. Now, we also have water for farming and can focus on sanitation and personal hygiene as well. He believes that clean water at home is essential for a better future.
Bijay wants to go to Japan or Canada for further studies. He says earning money in Nepal is not easy, so he wishes to go abroad to make ends meet. He wants to come back to Nepal later and serve his community. He added that he thinks being a politician is a good way to serve the community and the nation. 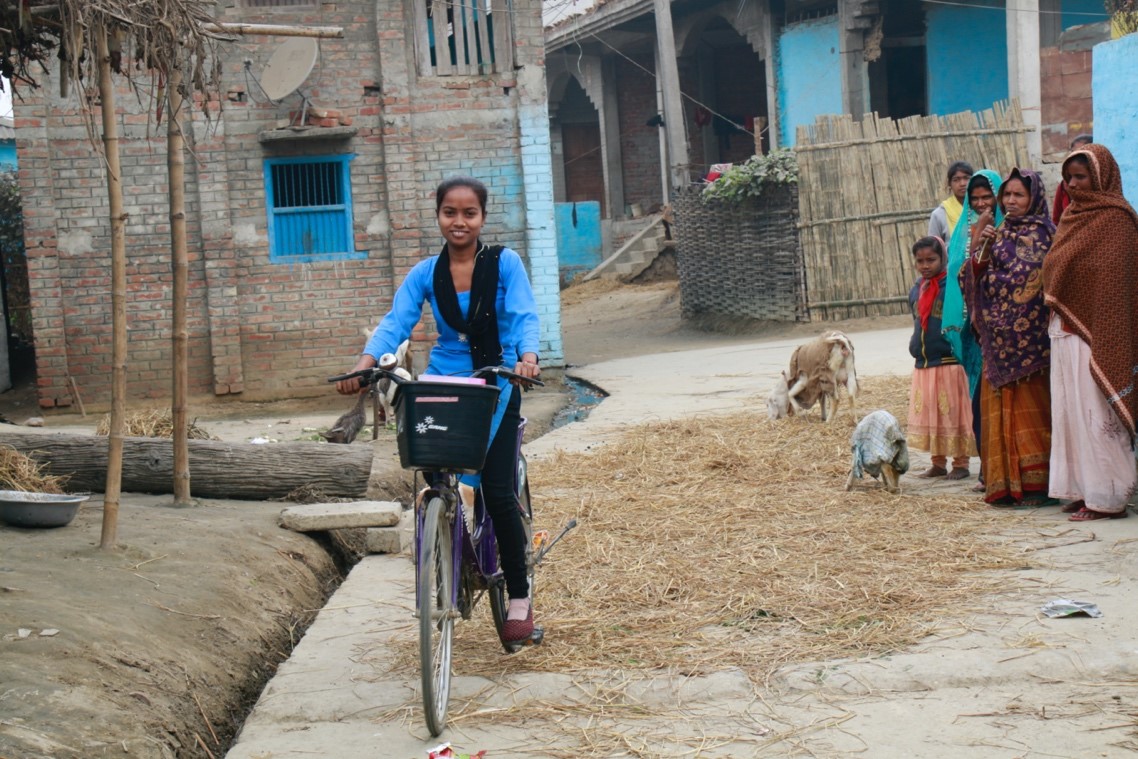 Pedal Power: I Never Miss a Day at School

Sunita, 16, was supported with a bicycle by World Vision International (WVI) Nepal, which has helped her reach school on time and improve her studies.

In rural Nepal amid snowcapped peaks, Dolma Lama lives in a village where getting access to clean water used to be a daily challenge. Rough mountain... 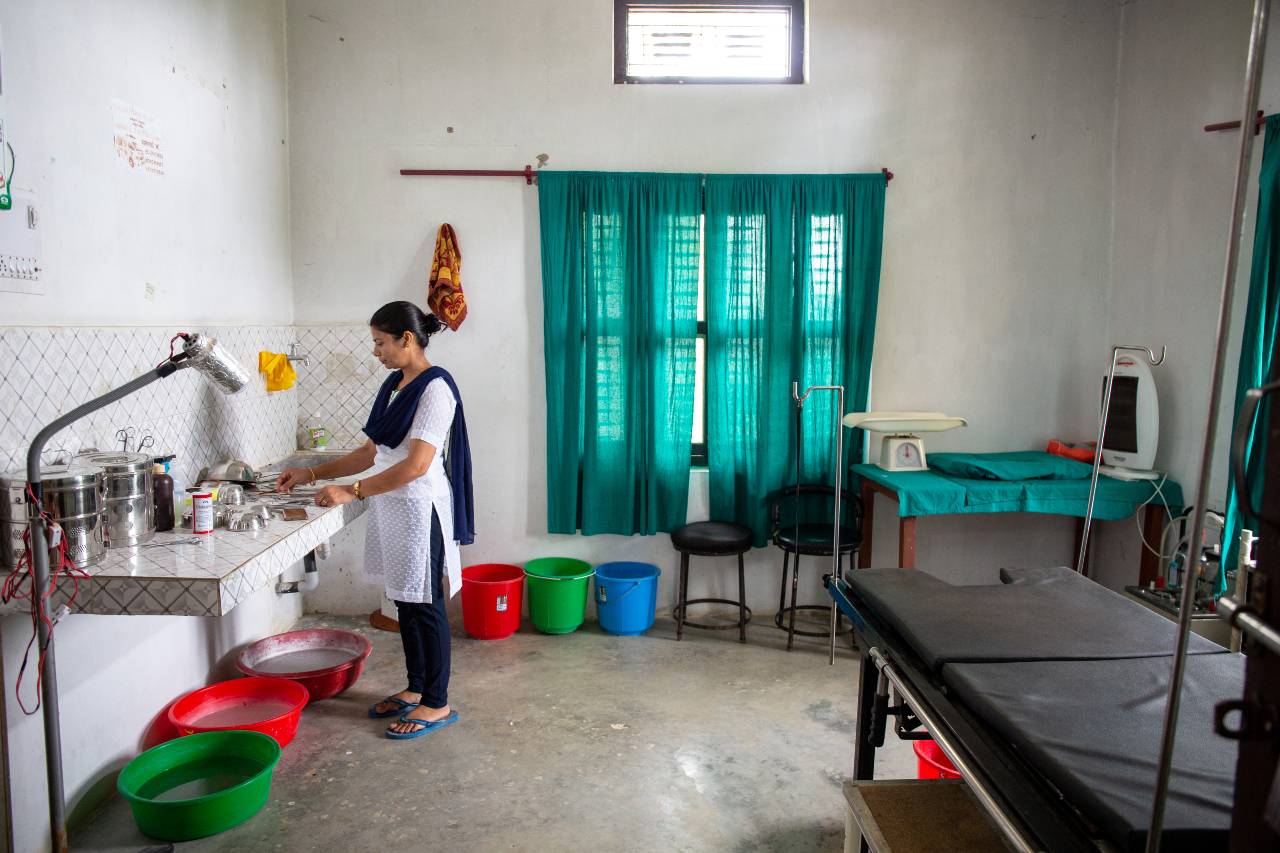 Proper management of healthcare waste is vital since infectious materials present in the waste can infect healthcare workers, patients and HCF staff.

Know More
Get In Touch With Us